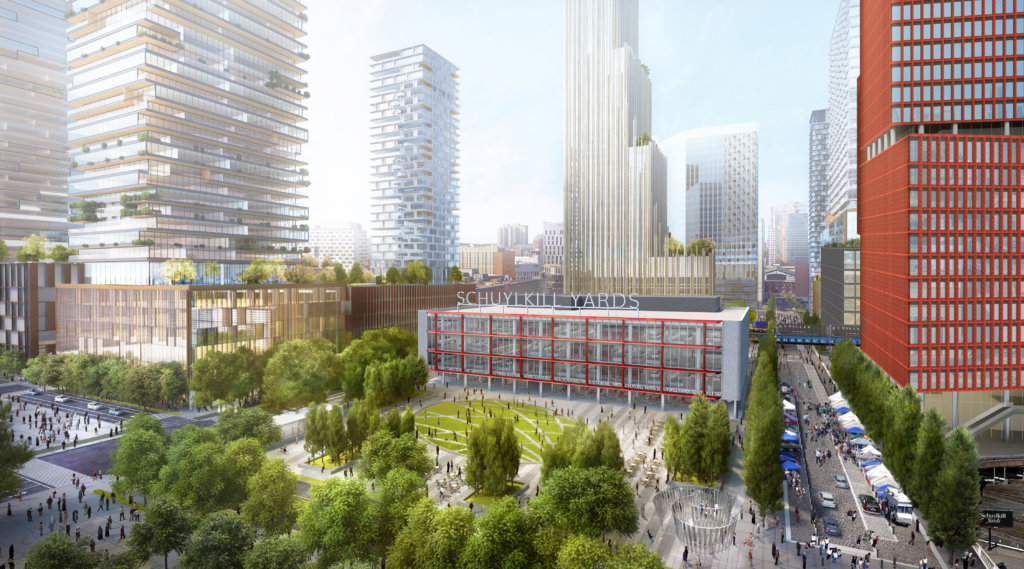 Philadelphia is one of the nation’s leading centers for innovation and talent.

The result of strategic investments, Philadelphia’s vitality is driven by a talented workforce that has helped to deliver a strong economy. The city exudes a vibrant character and energy, creating an ideal location for a meeting or visit.

Philadelphia is undergoing an unprecedented development boom, driven by the city’s tech, educational and medical institutions, and a flourishing life science sector. One of the best places in the country to launch a startup, billions of venture capital dollars have been infused into Philadelphia companies and are supported by the accessibility of angel investors, accelerators, students and professionals in the region.

From later-stage companies like Biomeme, who built technology to rapidly identify COVID-19, to early-stage startups like Katika, an online marketplace that provides a central location for customers to discover Black-owned services, there is no shortage of ideas being brought to life in our region.

This 20-year, three-and-a-half-billion-dollar project by Brandywine Realty Trust will connect to Philadelphia International Airport and the major cities along the Northeast corridor, making it a key innovation hub on the East Coast. When completed, the project will span 14 acres and will feature multiple public spaces and several new high-rises to be occupied by labs, hotels, retail spaces, residential units and offices. Already completed is Drexel Square, a 1.3-acre elliptical park across from 30th Street Station, which opened in June 2019. The former Philadelphia Bulletin newspaper building (a 1950s-era building designed by George Howe, the architect of the PSFS Building (now the Loews Hotel), the first International Style building in the U.S.) is being renovated as the flagship for the project and will be the home of some of the companies at the epicenter of innovation and cell and gene therapy and connected health.

The one-billion-dollar, 6.5 million-square-foot project between the University City Science Center and Wexford Science + Technology features public and mixed-use spaces, including residential units, retail office, lab and clinical space, with the goal of developing a live-work community.

Part of the continued expansion of uCity Square, Wexford’s One uCity Square will integrate office, lab and retail spaces in a 13-story high-rise tower with a two-story penthouse, totaling approximately 400,000 square feet. Wexford is aiming to promote neighborhood and community development through its projects. One uCity Square is anticipated to be completed in Q3 of 2022.

Philadelphia’s development projects are expanding to accommodate the growth of talent in the education, research and technology sectors.

Philadelphia’s Public-Private Economic Development Corporation (PIDC) and Ensemble/Mosaic revealed their long-awaited 2022 Navy Yard Plan, which includes 8.9 million square feet of new life science, commercial, residential, retail and mixed-use development. The partnership between PIDC and Ensemble/Mosaic aims to create a hybrid of suburban and urban design, to create a space where “people come to work excited to create, innovate and play.” PIDC has been working on a plan for this space since 2000, with more than 150 businesses set for the space. PIDC states their mission is to “spur investment, support business growth, and foster developments that create jobs, revitalize neighborhoods, and drive growth to every corner of Philadelphia.” The plan for this historic location demonstrates the continuation of Philadelphia’s ongoing growth and investments in the life sciences industry, making the city one of the top life science markets in the country.

Investor enthusiasm has been increasing rapidly in Philadelphia due to breakthroughs and progress in the cell and gene therapy, gene editing, and connected health spaces. Amicus Therapeutics has opened a 75,000-square-foot Global Research and Gene Therapy Center of Excellence at 3675 Market Street in uCity Square. Nearby, 3711 Market Street is home to Avid Radiopharmaceuticals, a wholly owned subsidiary of Eli Lilly, Invisible Sentinel, recently acquired by France-based bioMérieux, as well as the manufacturing facilities of Spark Therapeutics’ which was recently acquired by Roche. Penn Medicine is leading the world in immunotherapy research with the first gene therapy approved by the FDA, CAR-T Cell Therapy. A personalized cellular therapy, CAR-T cell therapy trains healthy cells to hunt down and eliminate cancer cells.

With trailblazing institutions such as Children’s Hospital of Philadelphia (CHOP), the Wistar Institute, the Hospital of the University of Pennsylvania, and Thomas Jefferson University, along with innovative new startups flourishing in the tech economy, Philadelphia continues to rank in the world’s top cities due to a skilled talent pool and resources.

Opened in September 2016, the Pennovation Center’s goal is to serve society through the advancement of knowledge. The 58,000-square-foot business and technology incubator and lab is designed to foster entrepreneurial activity and help bring research discoveries to market. The Pennovation Center is home to Johnson & Johnson Innovation, JLABS’ JPOD @ Philadelphia, a networking hub that provides training, mentoring and networking programs for local entrepreneurs and accelerates early-stage healthcare breakthroughs and innovations.

The Pavilion is a sophisticated and ambitious healthcare building serving as the flagship of Penn Medicine. The $1.6-billion-dollar hospital of the future officially opened its doors in October 2021. The 17-story hospital equals the length of two football fields, with more than 500 private patient rooms, 47 operating rooms and one acre of green space. The high-tech 1.5-million-square-foot facility offers hybrid surgical centers and tele-medical functionality. The Pavilion was designed by Sir Norman Foster, architect of the Comcast Technology Center.

Thomas Jefferson University plans to expand its biomedical research capacity at its Center City campus to create a research corridor along Locust Street with a 12-story, 225,000-square-foot building devoted solely to research. The project will create space for 56 additional NIH-funded researchers and will be connected to its Life Sciences Building.

The Public Health Campus at Provident, when complete, will be a 290,000-square-foot integrated health and public health campus that is responsive to the holistic needs of individuals and their families, integrating health services with retail and a usable community space.

The strong tech landscape continues to extend with success among healthcare and science-based startups, supported by investment from Philadelphia partners and stakeholders.

Powered by Techstars, an organization that runs close to 40 accelerators around the world, the Comcast NBCUniversal LIFT Labs Accelerator was created to offer a concentrated dose of business teaching, mentoring and networking over a 12-week period. LIFT Labs gives talented entrepreneurs access to Comcast NBCUniversal’s network of partners, brands and mentors to foster rapid breakthroughs in connectivity, media and entertainment. Philadelphia is one of the only cities in the country to have a public-private seed fund dedicated to startups.

“Command central” for innovation activities at Jefferson, including the Jefferson Institute for Bioprocessing – the first and only in North America. The Jefferson Accelerator Zone (JAZ) serves as a platform to engage and unleash creative, entrepreneurial talent.

The former Budd Co. property, located in Philadelphia’s Hunting Park Neighborhood, was originally used as a factory for the historic Budd Company, which was known for making stainless steel rail cars and parts for the automotive industry. Plymouth Group, now the owner of the property plans to transform the site into a life sciences and biomanufacturing hub. Centerbridge Partners, a New York private equity firm, has partnered with Plymouth Group on the project, which would create close to 2.4-million square feet of lab and manufacturing space. Hence, the plan to rebrand the property as the “Budd Campus” is a nod to the site’s history.

Keystone Property Group is reimagining The Curtis as a life sciences hub. The 12-floor, 912,245-square-foot former publishing house is proving to be an exemplary building for housing much-needed lab space. Clinical-stage biotechnology firm Imvax Inc. extended and expanded its lease with Keystone Property Group at The Curtis to add more space in its quest to create a world-class manufacturing and lab facility.

3.0 University Place at 4101 Market Street is a 250,000 square foot lab and office building determined to redefine what it means to be an “amenity space.” The team at 3.0 University Place is committed to bringing entrepreneurs, companies, and start-ups together in an effort to transform industries and fuel innovation.

SUPRA-EMSCO, an office and lab equipment supplier, is behind a new project in West Philadelphia where warehouse and office space will include a biorepository to store millions of biological samples in state-of-the-art freezers. The bio samples will then be available for use in cell and gene therapy, as well as immuno-oncology research.

Philadelphia’s community of commerce, innovation and academic excellence has attracted talented students, scholars, researchers, professionals and entrepreneurs, providing a wealth of industry leaders and experts to enlist as speakers or panelists for your next meeting or event. PHL Life Sciences can provide access and connections to this substantial network.

Contact PHL Life Sciences for introductions for your Philadelphia meeting.