Listen to the Top Sounds of Philadelphia From Home 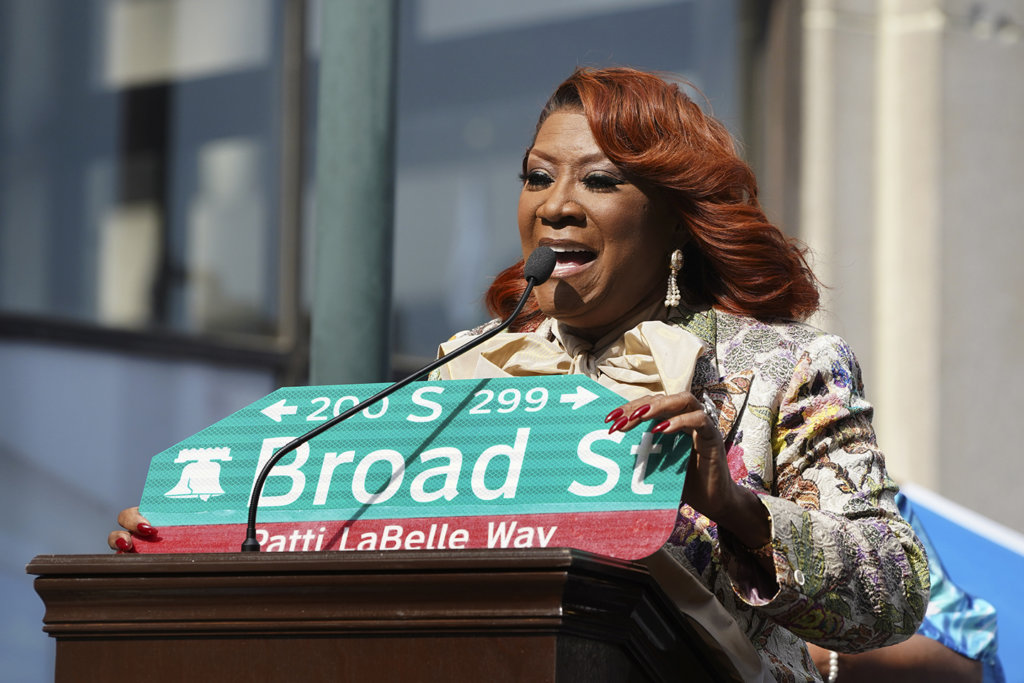 Philadelphia native Patti LaBelle was honored by having the 200 block of South Broad Street renamed as Patti LaBelle Way during the 2019 Welcome America festivities. Photo by J. Kaczmarek.

Whether it’s for a workout routine or just lounging around the house, be sure to round out your playlist with music by some of the most iconic performers from the Philadelphia region. Will Smith, The Roots, and Boyz II Men are some of the city’s essential hip-hop artists, as well as Meek Mill, Lil Uzi Vert, and Freeway. Jazz fans can find solace in John Coltrane albums, while rock and roll fans can jam out to music by Hall & Oates, The War on Drugs, or Kurt Vile. There are also punk and alt-rock artists such as The Wonder Years, Modern Baseball, and The Menzingers.

Other iconic Philadelphia artists include female vocalists Patti LaBelle and Marian Anderson. Of course, no Philadelphia playlist is complete without the timeless anthem to Rocky, “Bill Conti’s “Gonna Fly Now.”

You can listen to these artists and more via our custom “Philadelphia From Home” Spotify playlist.

Those with a more classical taste can stream several albums by The Philadelphia Orchestra on Spotify, view a performance of Beethoven Symphonies Nos. 5 and 6 at Verizon Hall online, enjoy other performances with the new Listen On Demand feature, and take advantage of an array of other virtual Orchestra experiences now online, including their all-digital 2020-21 season. Catch new installments of the Orchestra’s ‘Our City, Your Orchestra’ performances each Monday at 7 p.m. on Facebook, featuring a small-ensemble performing at various Black-owned businesses or cultural institutions throughout the city.

Each week, the Curtis Institute of Music presents a free, on-demand concert recorded by Curtis students, available to enjoy online from home. For a full list of upcoming performances and to register to view, click here.

Opera Philadelphia has launched the innovative Opera Philadelphia Channel for its 2020-21 season, which delivers all-digital performances via a Netflix-like streaming service available on major streaming devices including Amazon Fire TV, Android TV, Apple TV, or Roku. The opera company also provides an on-demand performances via their Opera on the Couch playlist on YouTube. For additional online offerings from Philadelphia’s performing arts community — including The Philly POPS and The Chamber Orchestra of Philadelphia — visit The Kimmel Center’s The Show Must Go On resource.

For more information on Philadelphia’s impact on music, and where to watch live musical performances in the city, click here.