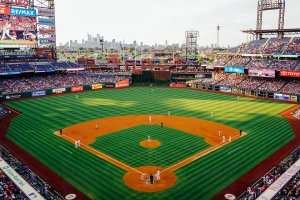 “This was a big win for Philadelphia and its tourism and hospitality sector, especially the city’s hotels, restaurants, and their staff who were positively impacted by the Phillies postseason run,” said Larry Needle, executive director of PHL Sports, a business development division of the PHLCVB. “Philadelphia truly is a sports destination, and we demonstrate time and time again how we excel at hosting the country’s largest sporting events.”

“The Philadelphia Phillies postseason generated significant impacts in the local community as out-of-town visitors and national media that attended games also spent money at local businesses during their stay, including bars and restaurants, hotels, retailers and attractions,” said Greg Pepitone, senior economist at Tourism Economics. “What really made it a home run is that this new spending would not have occurred in the community unless the Phillies made their unbelievable postseason run.”

The exposure for Philadelphia on a global level is notable, with postseason press credentials issued to more than 1,900 members of the media, including press from 10 international markets.

Needle added, “We’re most grateful to the Philadelphia Phillies, not only for the amazing ride they took the city on this fall, but the real economic impact they created.”