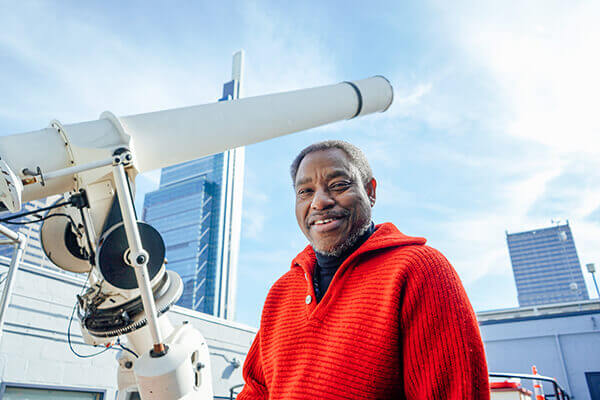 For more than 40 years, Derrick Pitts has been making astronomy accessible to people of all ages with his ability to explain the universe as he sees it. The Chief Astronomer at The Franklin Institute — and NASA Solar System Ambassador — shares fun facts about one of the oldest and premier centers of science education in the U.S., where “everybody in the family has the opportunity to have a great hands-on experience with science and technology.”

Learn how humans have used lenses to look up at the skies in The Franklin Institute’s gallery of antique microscopes and telescopes.

And visit the Scope Lobby outside the Space Command exhibit to see a gallery of antique microscopes and telescopes.