Philadelphia is filled with wonderful art museums and galleries to explore, many of which have recently reopened with new health and safety measures in place. Below is a round-up of some of the exciting exhibits that are happening this fall and winter throughout the region, including several which commemorate the 100th anniversary of the ratification of the 19th Amendment.

The 19th Amendment: How Women Won the Vote at the National Constitution Center

2020 commemorates the centennial of the women’s suffrage movement and the ratification of the 19th Amendment, which guaranteed women the right to vote. The National Constitution Center chronicles this pivotal period in American history with the debut of a new permanent exhibit, The 19th Amendment: How Women Won the Vote, now on view. Inside the 3,000-square-foot exhibit, visitors will find nearly 100 artifacts that highlight some of the many influential women who were a prominent part of the 70-year movement, including Elizabeth Cady Stanton, Alice Paul, and Ida B. Wells.

When Women Lost the Vote: A Revolutionary Story, 1776-1807 at the Museum of the American Revolution

Did you know that women in New Jersey were able to vote for a period of time more than a century before the ratification of the 19th Amendment? The upcoming When Women Lost the Vote: A Revolutionary Story, 1776-1807 exhibition at the Museum of the American Revolution chronicles this over 30-year period in the nation’s history. Textiles, artwork, and newly discovered polling lists highlight the little-known history of the nation’s first women voters and examine what led to those voting rights being stripped away. On view October 2, 2020 through April 25, 2021.

The Presidents by Madame Tussauds at The Franklin Institute

Come face-to-face with American leaders, activists, and other influential figures at The Presidents by Madame Tussauds, on view now at The Franklin Institute through January 3, 2021. The special exhibition features 56 lifelike wax figures including one for every American president and several other influential leaders such as Dr. Martin Luther King, Jr. and Harriet Tubman. Each figure is accompanied by historical context that offers insights into the individual, their challenges and success, and their respective era in American society.

Art of Care at the Philadelphia Museum of Art 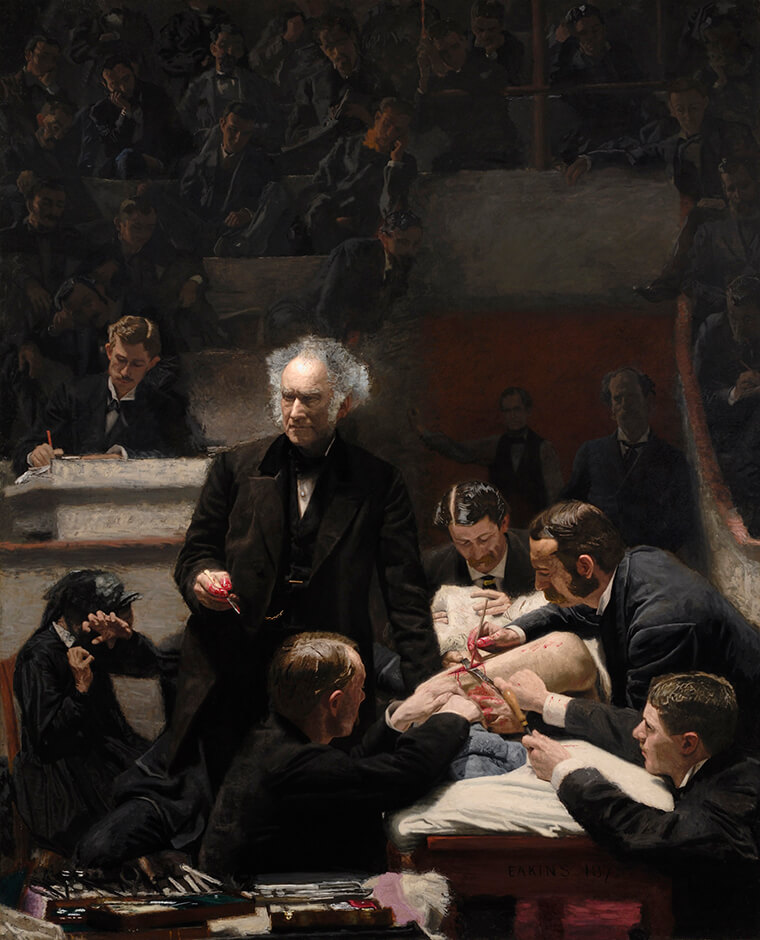 On view from September 16, 2020 through January 3, 2021 and in recognition of the healthcare workers who have been on the front lines in the battle against COVID-19, the Philadelphia Museum of Art’s Art of Care exhibition will showcase how medical care has been portrayed by artists over the last century. The exhibition also marks the return of Thomas Eakins’ The Gross Clinic — one of the quintessential pieces of art to see in Philadelphia — to the museum from the Pennsylvania Academy of the Fine Arts, reuniting the artwork with Eakins’ other iconic medical painting, The Agnew Clinic.

Pictured: Thomas Eakins, The Gross Clinic courtesy of the Pennsylvania Academy of the Fine Arts

Wildlife Photographer of the Year at the Academy of Natural Sciences

Visit the Academy of Natural Sciences between September 5, 2020 and February 15, 2021 to marvel at some of the most incredible photos of natural landscapes and animals ever taken during the Wildlife Photographer of the Year exhibition. The Academy is the first institution on the East Coast to display this exhibition, which features 100 photographs that present remarkable scenes of the natural world and its inhabitants that are rarely seen in person. Don’t miss the museum’s Survival of the Slowest exhibit, which was recently extended through October 25. 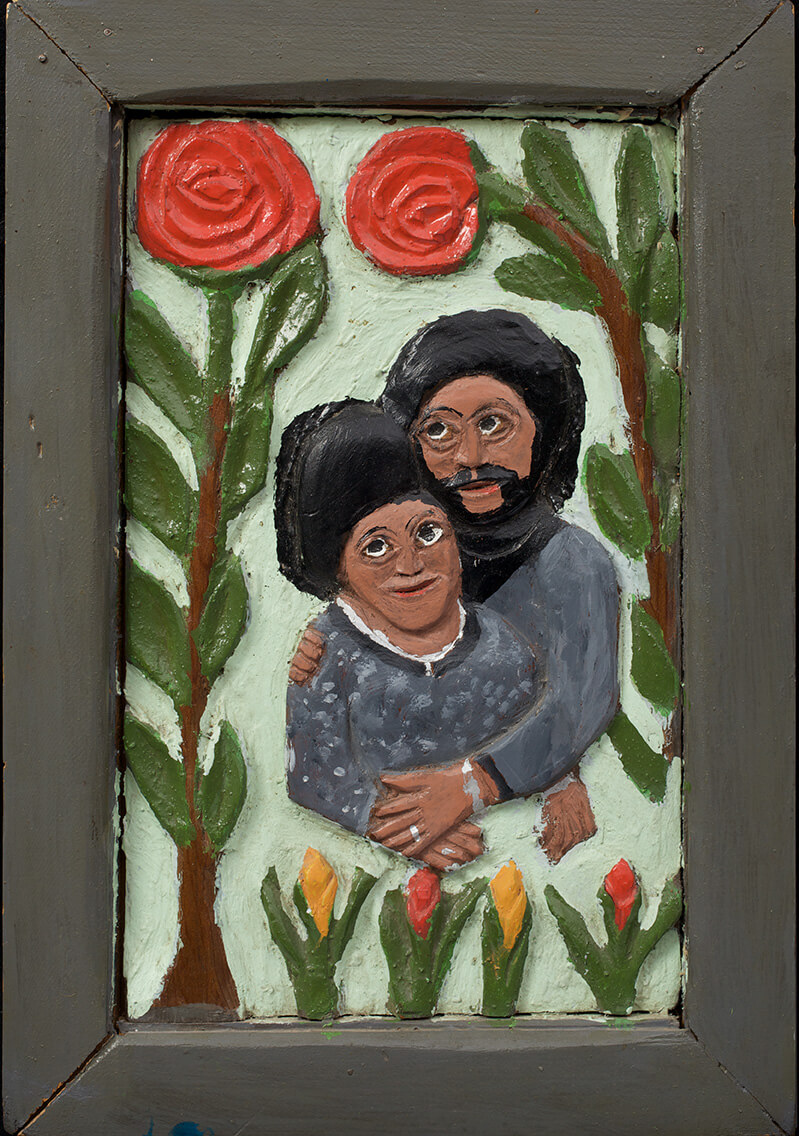 Examine 20th-century American from the point of view of the first generation of African Americans born into freedom at Elijah Pierce’s America. This special exhibition at The Barnes Foundation features handcrafted works from woodcarver Elijah Pierce that depict religious, political, and autobiographical scenes, as well as several pop culture personalities. On view from September 27, 2020 through January 10, 2021.

Upstairs at Steve’s at The Fabric Workshop and Museum

Created by in collaboration with The Fabric Workshop and Museum by artist-in-residence Samara Golden, Upstairs at Steves depicts a seaside tableau featuring a landscape that includes sand dunes sprinkled with ordinary household objects. Using carefully placed mirrors, the installation challenges the viewers’ comprehension of perspective, depth, and reality, and a soundscape only adds to the immersiveness of the artwork. On view when the museum reopens on September 10, 2020 through January 31, 2021.

From Fairy Tale to Fantasy: The Art of Gustaf Tenggren at the American Swedish Historical Museum

Known for his illustrations featured in children’s fairy tale and fantasy stories such as Disney’s Snow White and the Seven Dwarfs and Pinocchio as well as Golden Books’ Poky Little Puppy and The Lion’s Paw, artist Gustaf Tenggren’s work is at the center of this new exhibition at the American Swedish Historical Museum in South Philadelphia. The exhibition features work from throughout Tenggren’s career, including early work for Nordic publishers, and showcases the impact immigrants have had on American art and culture. On view from September 20, 2020 through March 14, 2021.

Lisa Naples: Using the Sun to Find North at The Clay Studio

On view from October 2 through November 15, 2020, Using the Sun to Find North will feature works by The Clay Studio resident artist alumni and former teacher, Lisa Naples. The exhibition includes several series that explore the theme of navigating life when traditional markers are no longer present, including a set of six hare figures in different stages of motion and a collection of plates depicting the journey of a red-tailed hawk having fallen from the sky. The works will be available to view in-person at The Clay Studio’s Old City location, as well as online.

Places for the People: WPA Travel Posters at Carpenters’ Hall 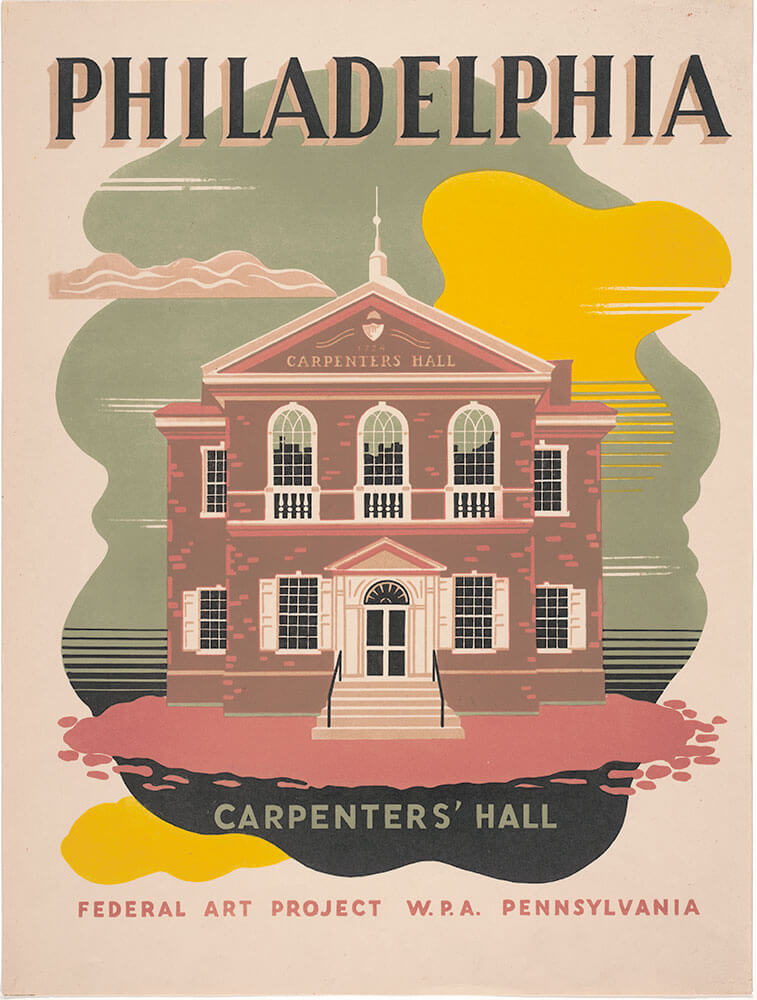 In the 1930s and 40s, over 35,000 posters were created as part of the the government-sponsored Works Progress Administration (WPA) to heighten awareness of community events, health programs, theatrical productions, and other civic issues, as well as to promote travel. Only a few of those posters still exist to this day, and are either lost or housed in separate collections throughout the country. From November 6 through December 20, 2020, historic Carpenters’ Hall will display a collection of these travel-related posters from the Free Library’s Print & Picture Collection, each depicting a notable Philadelphia or Pennsylvania landmark, such as Independence Hall or the Betsy Ross House.

Only Tony: Portraits by Gilbert Lewis at the Pennsylvania Academy of the Fine Arts 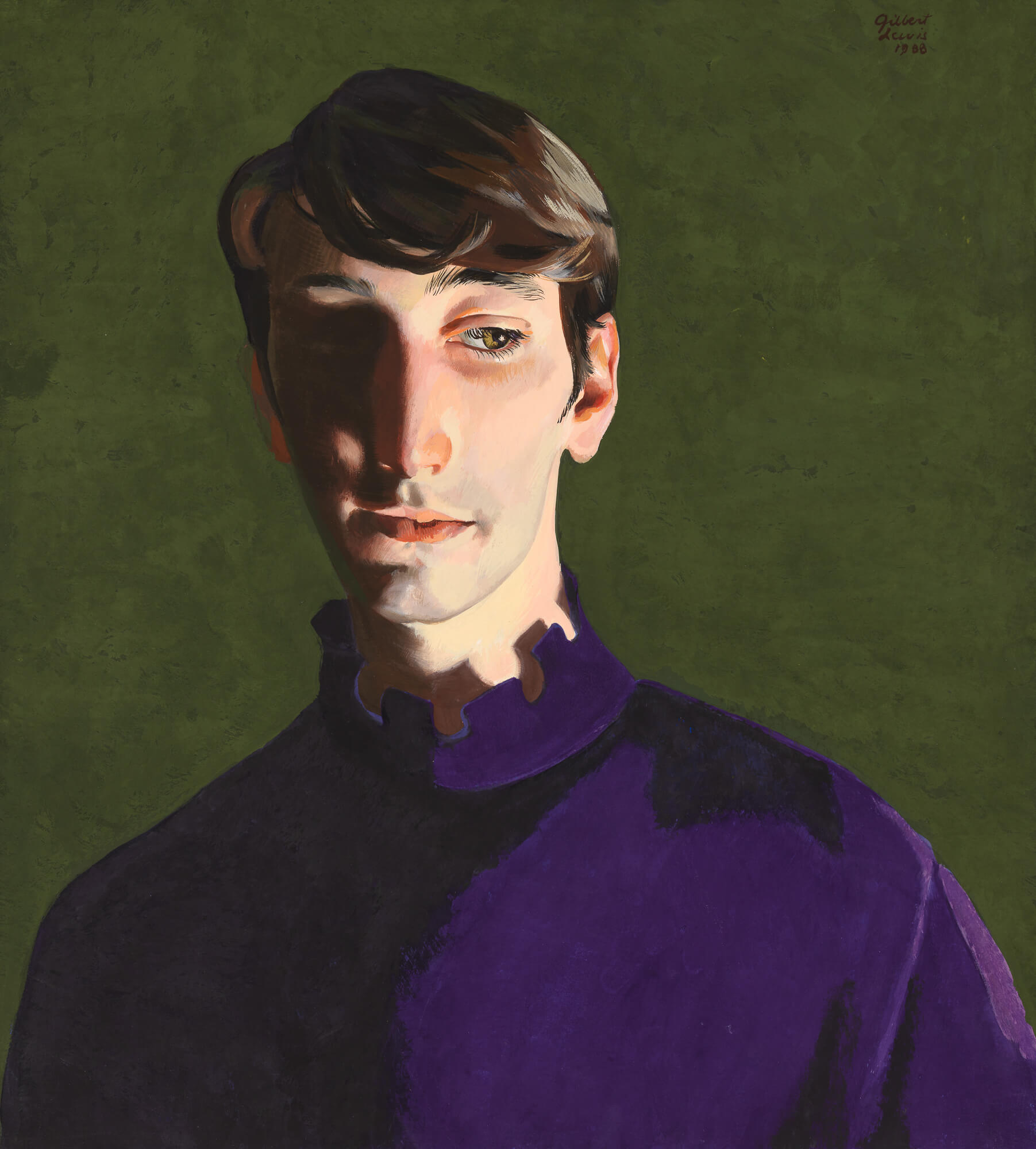 This fall, the Pennsylvania Academy of the Fine Arts — the first and oldest art museum and art school in the nation — will display a collection of 32 portraits by Philadelphia artist Gilbert Lewis, all of which focus on longtime model, Tony. With portraits spanning almost a decade, Only Tony examines the transition from young man to adult, the relationship between artist and model, and offers a queer perspective on the history of figurative art in the United States. On view in the Historic Landmark Building from November 19, 2020 through May 16, 2021. The show will join concurrent Gilbert Lewis exhibitions at the Woodmere Museum or Art and William Way LGBTQ Community Center, celebrating and shining a light on Lewis’ impact within his community.

Taking Space: Contemporary Women Artists and the Politics of Scale at the Pennsylvania Academy of the Fine Arts

One of three exhibitions held by the Pennsylvania Academy of the Fine Arts between 2020 and 2021 that celebrate women artists and honor the 100th anniversary of the ratification of the 19th Amendment, Taking Space: Contemporary Women Artists and the Politics of Scale features works by over 30 women artists, focusing on space, size, and repetition in the artworks and how these characteristics can be interpreted as political gestures by the artists. On view November 19, 2020 through April 11, 2021 in the Samuel M.V. Hamilton Building.

Crayola IDEAworks: The Creativity Exhibition at The Franklin Institute

Opening February 13, 2021 for a limited run, The Franklin Institute will be home to the world premiere of the new Crayola IDEAworks: The Creativity Exhibition, which will encourage and empower visitors of all ages to embrace their creativity and problem-solving skills via a series of themed, interactive activities focused on land, sea, and space. The colorful exhibition will also use state-of-the-art RFID technology to track each guests’ progress to create a custom experience. Tickets are available now.

A thought-provoking exhibit examines sculptor Auguste Rodin’s legacy in public monuments and traces his impact on monument design and modern sculpture, through December 2021. The Rodin Museum (which reopens on September 6) houses one of the largest collections of the famed sculptor’s work outside of Paris.

Spit Spreads Death: The Influenza Pandemic of 1918-19 in Philadelphia at the Mütter Museum

Philadelphia had the highest death rate of any major American city during the influenza pandemic of 1918–19. A five-year exhibit, Spit Spreads Death at the Mütter Museum — dedicated to displaying fascinating discoveries about the human body with unique specimens, models and instruments — explores how neighborhoods in Philadelphia were impacted, how the disease spread, and what could happen in future pandemics. Now open.