Philadelphia is an incubator of ideas and initiative.

Innovation and education are at the heart of both the Philadelphia and American stories. Ben Franklin, the iconic Philadelphian, led early American innovation, creating the first university, hospital, zoo and newspaper while discovering electricity on his days off.

America’s founders drafted the U.S. Consitution and signed the Declaration of Independence in Philadelphia. This heritage of innovations continues with efforts such as the design of the sustainable business campus transformed from the Navy Yard.

The Philadelphia region is among the leaders in the United States in Life Sciences research and development resulting in numerous bioengineering startups. With the second-largest university population in the U.S., (Philadelphia is home to the University of Pennsylvania, Drexel University and Temple University, among others) the entrepreneurial spirit is strong and passionate. This culture creates a great host city for various conventions and meetings.

The city is teeming with collaboration between tech, design, science and the arts fueled by the accessible culture between the education, business and public communities. This convergence is attracting international businesses and students that choose to study in a city that has put an emphasis on quality of life.

Large Multinational pharmaceutical firms like GlaxoSmithKline, Merck, Wyeth, Johnson & Johnson and AstraZeneca all have major operations in the region, and many trace their regional roots back to the 19th century. 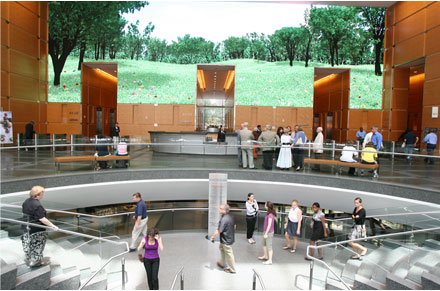 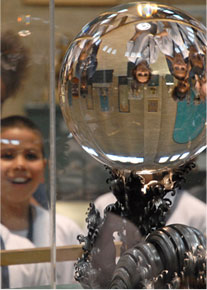 Greater Philadelphia ranks as one of the nations hubs for higher education with over 100 degree- granting institutions enrolling just under 400,000 full and part-time studients in the fall of 2010 according to Select Greater Philadelphia.