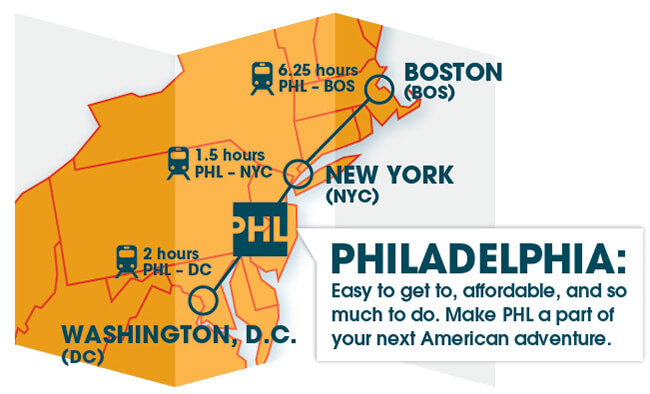 Philadelphia, America’s birthplace, is at the center of it all. It is easy and affordable to get here. Conveniently located in the Northeast United States, the fifth-most populous city in the nation is just 90 minutes from New York City and two hours from Washington, D.C., by train.

Philadelphia International Airport serves more than 120 cities worldwide with 1,000 daily flights, including 100 international flights. The regional public transportation system — ranked second in the nation among cities with more than 1 million residents — provides quick and easy access to the city from the surrounding metropolitan area. 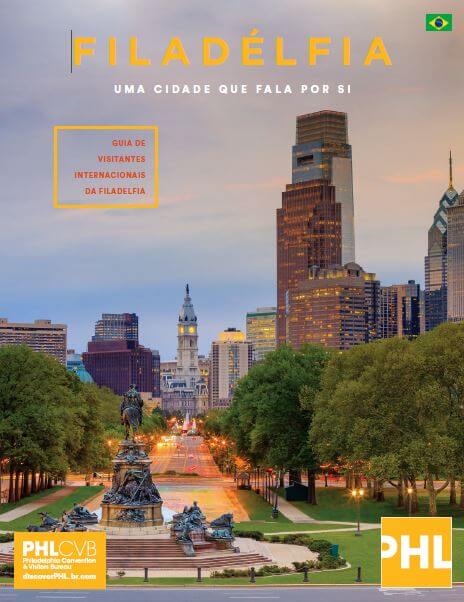 If you’re planning a trip to the States, here’s the deal: Philadelphia isn’t New York (more manageable, less sticker shock) or Washington, D.C., (more fun, less politics). We are what we are. Click to take a look at our international visitor guide in eight languages. 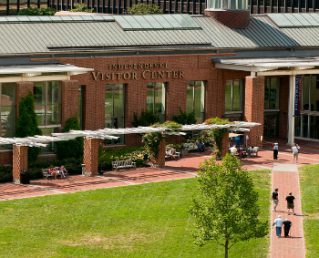 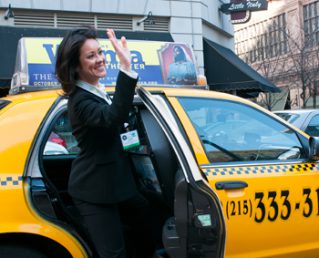 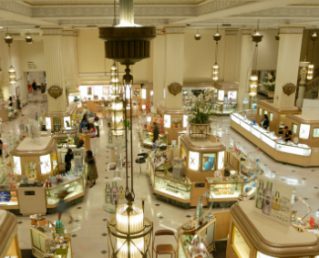 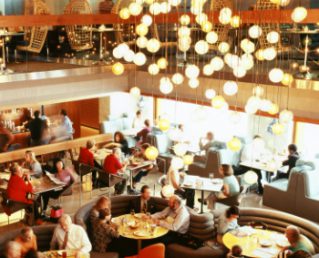