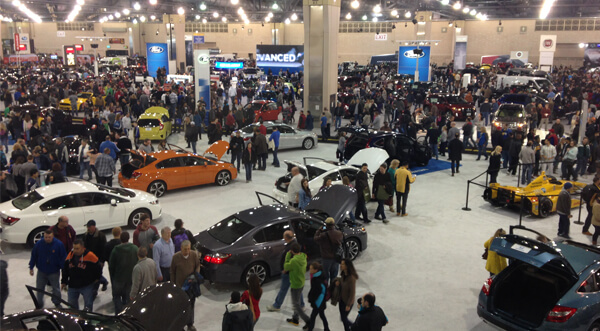 Data from the Philadelphia Auto Show in January indicates that show organizers experienced a reduction of more than 5,390 labor hours on the show floor resulting in a 20 percent decrease in labor costs. That decline is directly attributable to labor changes made by the facility managers SMG and the Center’s board in 2014.

In December 2013, the Board awarded a contract to SMG, to oversee the day-to-day operations of the Center and in May 2014, four unions signed a new Customer Satisfaction Agreement that included modernized work rules and expanded exhibitor rights. Under that agreement, exhibitors at the Center now have the freedom to set up and tear down their own booths up to 600 square feet in size, unload their personal vehicles using their own equipment, use step ladders, use certain battery powered tools, hang signage, lay floor coverings, and install and remove non-rented AV equipment.

“Our show floor labor union partners are growing more efficient and doing a better job of meeting the needs of our customers,” said John McNichol, President and CEO of the Pennsylvania Convention Center Authority. “The new Customer Satisfaction Agreement and our union partners’ focus on delivering a great customer experience are having real, quantifiable results.  Streamlined work jurisdictions, expanded exhibitor rights, and the establishment of a core labor workforce within each union – workers who have experience in setting up conventions and have undergone hospitality training — are making the Center more efficient and a better place to do business.”

This is the first time the Philadelphia Auto Show has returned to the building since the new Customer Satisfaction Agreement was signed in May 2014.  McNichol noted that comparing costs and man hours between the various conventions and events at the Center is challenging because each show is unique in terms of their labor needs, size, and exhibitors.  However, the Center worked closely with the Philadelphia Auto Show to ensure the year over year figures represented an accurate comparison of comparable data.

Data from the Philadelphia Auto Show shows a reduction of more than 5,390 labor man hours on the show floor. That decline, which includes savings associated with the elimination of non-working steward and non-working foreman positions, resulted in reduced labor costs of more than 20 percent for the 2015 Philadelphia Auto Show, said PCC General Manager Lorenz Hassenstein. Areas that saw significant reductions include a more than 25 percent decrease in labor costs to companies that install and dismantle booths (referred to in the industry as I & D companies), a 28 percent decrease in the costs of carpet installation, and a more than 29 percent reduction in Magazine Company’s (DUB) related labor costs.