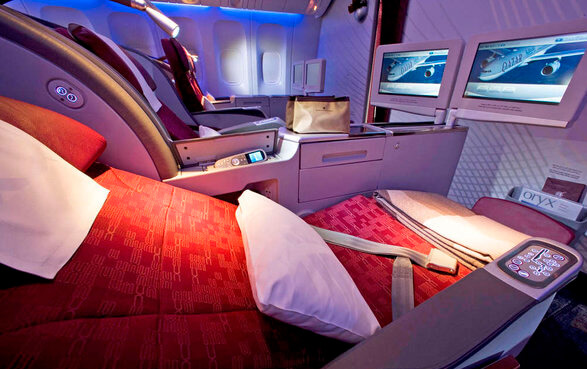 On April 2, the first Qatar Airways flight from Doha arrived at the Philadelphia International Airport (PHL) after a nearly 14-hour journey from the Gulf region carrying more than 200 passengers.

The arrival of Qatar Airways signaled the first new service by a foreign flag carrier at PHL in more than a decade. The daily service between Philadelphia and Doha, the capital of the State of Qatar, is the first from PHL to the Gulf region. Doha is the 39th international city served by non-stop flights from Philadelphia.

“For the Philadelphia business community, the world is becoming more and more easily accessible,” said Jack Ferguson, president and CEO of the Philadelphia Convention & Visitors Bureau. “The American Airlines-US Airways merger is already paying dividends internationally. People see the routes as strengthening Philadelphia as a destination.”

Philadelphia is the sixth North American city in Qatar’s rapidly expanding global network. The airline, which launched in 1994, has added 20 new routes in 12 countries including the U.S. since January 2013. Qatar flies to more than 130 cities in the Middle East, Africa, Europe, Asia, and North and South America.

“Qatar coming in brings a five-star airline to Philadelphia, which is recognized internationally,” Ferguson said, “and opens up the Mideast, Africa, with access of Asia, as well.”

Qatar is the fifth new airline since 2012 to launch service at PHL. Virgin America and Alaska Airlines began new service in 2012, and Spirit Airlines and JetBlue launched at PHL in 2013.