Q&A With Mike Barnes, Business Manager for the Stagehands Union 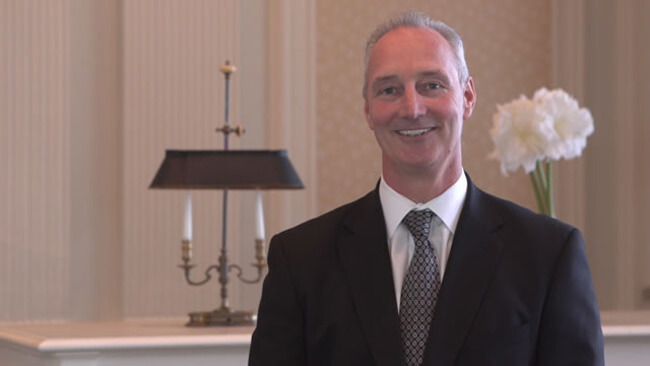 "We really have a new team approach and a sense of camaraderie with our fellow unions," said Michael Barnes, Business Manager of IATSE Local 8.

We recently sat down with Michael Barnes, Business Manager of IATSE Local 8 (also known as the Stagehands), whose union helps to fulfill most event labor needs on the show floor.

What can you tell us about IATSE Local 8?

The Stagehands, in a nut shell, are responsible for the temporary installation and dismantling of theatrical and presentation equipment for the arts and entertainment industry.  In addition to our work at the Pennsylvania Convention Center, our members erect and set up the equipment for major concerts, theatrical events and plays at 28 major venues in the Philadelphia metropolitan area, including the Kimmel Center for the Performing Arts, Lincoln Financial Field and the Wells Fargo Center, to name a few.

What do you think of the recent changes at the Center related to new work rules on the show floor and expanded exhibitor rights?

The changes were long overdue. The Stagehands have performed work at the Center since it first opened. Over time, we watched meeting and convention bookings start to decline because customers were unhappy with their experience. Each show that left was a lost opportunity and we recognized that changes were needed to start bringing those customers back.

What does the new Customer Satisfaction Agreement mean to the Stagehands?

Under the new Customer Satisfaction Agreement, we now have four unions performing work on the show floor. Under the previous agreement, there were six unions. As a result, we saw the realignment of some work jurisdictions with the Stagehands picking up significantly more work.

What do you think the Stagehands bring to the table that may be different from the past?

Many of the unions involved in setting up conventions – not just in Philadelphia, but around the country – are unions that spend the majority of their time on construction sites with permanent buildings. It’s a different animal. The nature of the work we do in setting up for concerts and shows on a daily basis means that our work is transitory by nature, so our members don’t have to shift gears when they come in and work on a temporary exhibit or show. In fact, we have a core workforce of a couple hundred individuals who come in for each major show. They know the routine, what needs to be done and how to do it. And they know the importance of delivering a good customer experience.

Was the transition to taking on more work challenging?

Not at all. Our leadership looked at this as a major opportunity to improve the labor product in the building and deliver enhanced efficiency. Almost immediately after we picked up the additional work, one of our members came in to the building on his own time and developed a new grid and mapping system for the show floor. When we used that system for the first show, we were able to unload and set up for that event in half the time. In addition, our call steward put in place a new web-based work call and assignment program. In the past, if you had a labor call, the workers would get to the building at 8 a.m. but by the time they got their assignments and knew where they had to go, the real work might not start until 9 a.m. Now, the workers get here at 8 a.m. and report directly to their site based on where the app on their phone directs them. It’s much more efficient and has helped speed up the process, which customers have noticed. We’ve also done increased training for our junior members. In our industry, training occurs on a regular basis because the technology in the concert or theater business is always evolving. So we are always conducting training programs to ensure our members are up to speed on the newest technologies.

Have you noticed a difference in the mood on the show floor?

We really have a new team approach and a sense of camaraderie with our fellow unions: the electricians, laborers and riggers. I have always believed the lead union on any job really sets the tone in the building. I tell my members that I want the show floor at the Pennsylvania Convention Center to be the second happiest place on earth. I say second, because let’s face it, we’re not going to outshine Disney World. Our members will go out and grab coffee and donuts for a customer or exhibitor – little things like that to make a customer’s experience as good as possible.

Why is that important?

I have been to conventions and meetings all over the country. Exhibitors and attendees get a lot of work and business done, but there’s also a little bit of escapism from the normal day-to-day work that comes when you visit another city. Those people don’t want to deal with hassles or problems. If things go smoothly, if they are happy with their experience, then they are going to want to come back to Philadelphia and the Center again. That means more work for our members so they can support their families. That’s why we focus on hospitality and hopefully set the tone for the other unions in the building.  And it’s working. We have consistently been told by customers and contractors that they are much happier and that it is a much better experience coming to Philadelphia now.