What You Missed At Live Town Hall Webinar 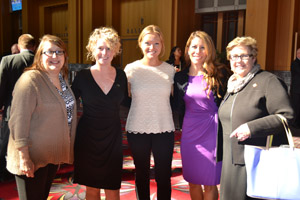 On September 19, the Pennsylvania Convention Center and the Philadelphia Convention & Visitors Bureau hosted a special online town hall to discuss the many changes that have take place at the facility. Moderated by Julie Coker Graham, executive vice president of the PHLCVB and Pam Ballinger, the Sr. Director of Meetings of the American Association for Cancer Research, the discussion featured Lorenz Hassenstein, general manager at the Center and John McNichol, the president & CEO of the building answering questions that had been submitted by email and via Twitter.

In addition to the online audience of more than 340, the town hall was also viewed by a live audience on location at the Convention Center. The theme of the event was “We Heard You” – because all of the changes that have recently occurred at the Convention Center are a direct result of feedback from customers –particularly the PHLCVB’s customer advisory board. The event kicked off with an email question for John McNichol asking him to give a snapshot of the Board’s priorities in terms of addressing customer feedback. He responded that the board had set 4 priorities designed to address customer concerns:

Lorenz then briefed the audience on the top changes in the new work rules that will most impact contractors, show management and exhibitors. Many of these changes are outlined in the Exhibitor Rights document and an easy-to-read infographic which visually displays what exhibitors can now do at the Center.

Other questions addressed by John and Lorenz focused on how SMG is going to be able to accomplish what other managers in this building could not; how the four unions in the building have been adjusting with two union less and whether they are capable of doing the work.

The entire session was live-tweeted on the PHLCVB’s Twitter account @meetPHL as well as the Center’s account @PAConvention using the hashtag #NewDayPHL. Following the town hall, clients got a chance to mingle with PHLCVB and Convention Center staff.

The full rebroadcast of the live town hall is available online as well as the slides and videos which were shown.