When Julie Coker Graham, became president and CEO of the Philadelphia Convention & Visitors Bureau (PHLCVB) on January 1, 2015 she became the only African American woman to lead a major convention and visitors bureau in the top 50 U.S. markets. That’s one more first for the city that Graham works tirelessly to promote. 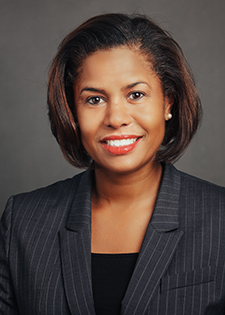 Julie is a familiar face in Philadelphia’s hospitality industry. Prior to being appointed head of the PHLCVB, she served as the Senior Vice President of Convention Sales and managed a staff of 25 sales and services professionals at the PHLCVB responsible for selling the expanded Pennsylvania Convention Center and Philadelphia’s hotel package to customers across the country.

She joined the PHLCVB after spending 21 years with the Hyatt, most recently serving as General Manager at Hyatt Regency Philadelphia at Penn’s Landing, where she oversaw all operational aspects of the 350-room hotel. Julie began her career at Hyatt in 1989 as a corporate management trainee in Columbus, Ohio and worked her way up to various upper management positions in Hyatts in Chicago and Cincinnati. She was a nominee for General Manager of the year for Hyatt Hotels Corporation 2004 and 2006.

As the primary sales and marketing agency for the expanded Pennsylvania Convention Center, the PHLCVB in 2014 boasted its strongest convention booking year in a decade. Since the signing of the Customer Satisfaction Agreement at the Convention Center in May, definite bookings of citywide conventions for future years are 47 percent higher than over the same period in 2013.

Julie will work to continue this momentum with new and innovative sales and marketing initiatives. The PHLCVB is also the official tourism promotion agency for Philadelphia globally and, under Julie’s leadership, will continue efforts to further promote travel to Philadelphia, which moved from the 21st to the 15th in overseas visitation rankings.

Stay tuned in April for a 100 day report on what Julie has been up to in her new role.

MEET THE MOMENT
IN PHILADELPHIA