Your Destination for Life Sciences Meetings

Philadelphia is a city steeped not only in the history represented by its Historic District with Independence Hall and the Liberty Bell, but also steeped in medical history – the birthplace of American medicine and home to the nation’s first medical school, first children’s hospital, first college of pharmacy, first medical library and first hospital.

The city is home to a host of medical, biotechnology, pharmaceutical, higher education, research and venture capital entities that can provide access to a deep pool of talent and partners for life sciences meetings and conventions.

We have seven medical schools, 22 nursing schools, two dental schools, three colleges of pharmacy, a veterinary school, a school of optometry, a podiatry school, allied health schools and almost 100 hospitals and more than 90 colleges and universities in our region.

Our Mission is to raise the visibility of the tri-state area as a leader in the Life Sciences and as a world-class destination for the industry’s meetings, conventions and business opportunities. 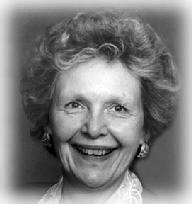 It is with great sadness that we inform you that Joan Randolph, RN, passed away on Saturday, February 22, surrounded by her family and loved ones.

Joan, who was a 1956 graduate of the Jefferson School of Nursing Program and retired from her position of Chief Nursing Officer (CNO) at Jeanes Hospital in Philadelphia, had served in an official advisory capacity to the Philadelphia Convention & Visitors Bureau as Chair of the PHLCVB Nursing Leadership Committee from 1994-2017. Her tenure began shortly after the opening of the Pennsylvania Convention Center in 1993. At the same time, Joan served as a board member of PHLCVB, where she had remained emeritus director.

Under Joan’s leadership as chair of PHLCVB’s Nursing Committee from 1994-2017, Philadelphia attracted more than 130 nursing meetings which brought over 110,00 attendees and a significant economic impact to the city,” said PHLCVB President and CEO Julie Coker. “Despite stepping down as chair in 2017, she remained an active member of the community and was instrumental in helping secure several nursing meetings and conventions that will take place in coming years. She was a true example of a Philadelphia ambassador. She believed in this city and wanted to share her passion with everyone she came to know.

Joan received the “PHL Life Sciences Ultimate Solution Award” in 2014, recognized for her commitment to promoting Philadelphia as a nursing convention destination. She led a committee of chief nursing officers, higher education nursing school deans and educators, advocates and corporate and government representatives who gave their time and expertise to attract new business.

Current PHLCVB Nursing Leadership Committee chair Barbara Wadsworth, DNP, RN, FAAN, Senior Vice President and Chief Nursing Officer at Main Line Health Systems, credits Joan with forging a unique group connecting nursing and hospitality.“She created a legacy and will be missed by her peers,” said Barbara. “We have her to thank for all we have learned about the growth of our city and region and how we could leverage that to fill the convention center with more meetings and conventions from the world of nursing.”