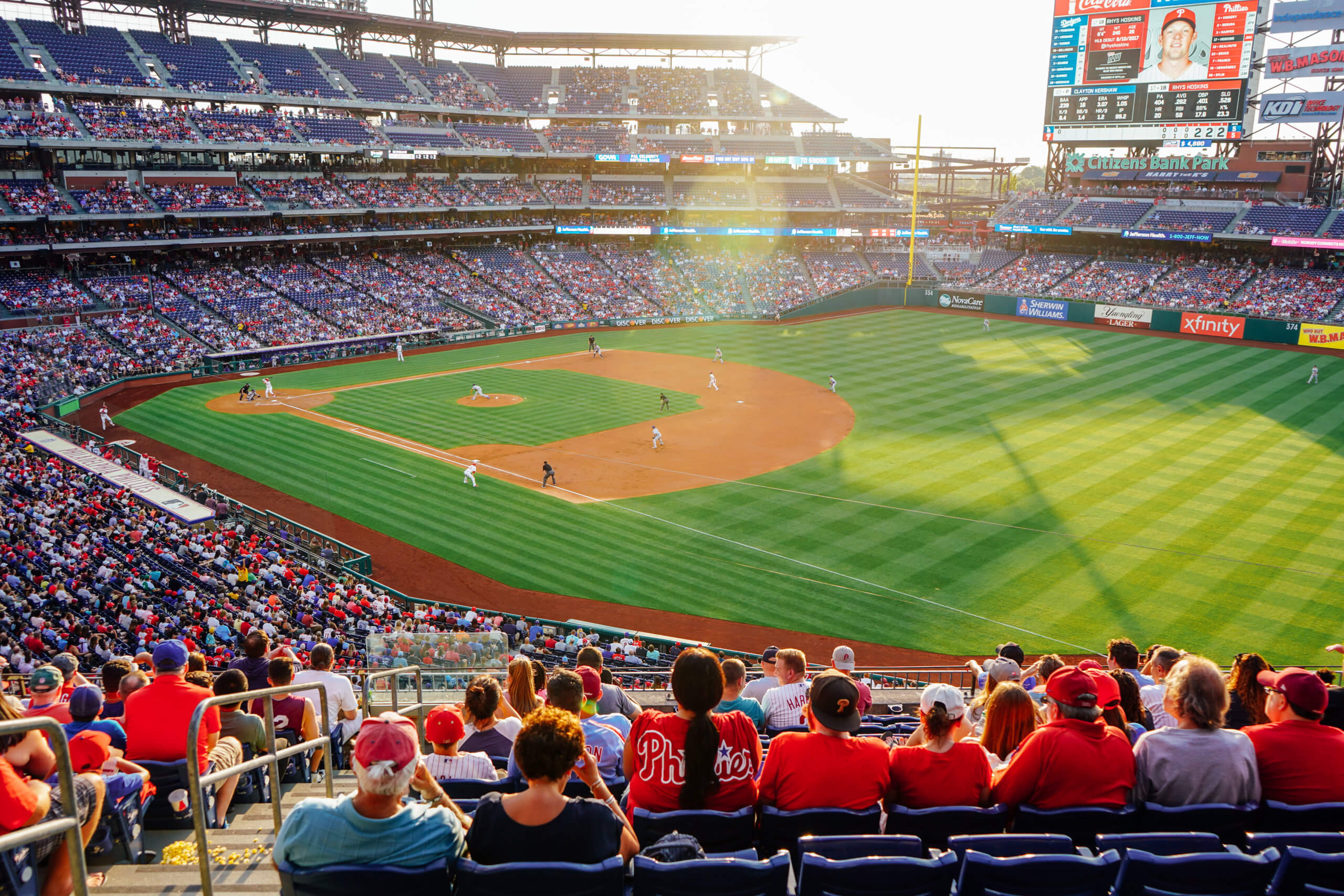 Philadelphia offers competitive advantages to event planners and their participants, spectators and sponsors. Centrally located in the heart of the U.S. Eastern time zone, less than a four-hour drive from a quarter of the American population and home to the fourth largest media market in the country, Philadelphia provides unparalleled access to attendees and viewers. Furthermore, our state-of-the-art facilities provide an unparalleled and world-class experience to fans and event planners alike.

The Sports Complex in South Philadelphia, just three miles south of Center City, has three major venues with a combined seating capacity of more than 136,000 (Lincoln Financial Field at 70,000; Citizens Bank Park at 45,000; Wells Fargo Center at 21,000) and bordering parking lots of more than 20,000 spaces, allowing for myriad configurations and uses.

What their saying about us

Philadelphia outstanding sports venues of all sizes and the Pennsylvania Convention Center’s customer-focused changes have enhanced exhibitor rights and customer service and impacted the way our customers do business in the city. Your colleagues, the people who plan sports-related events, meetings and conventions around the country, are noticing. Take a look at what some of them are saying.

“The spirit’s here, the energy’s here, everyone’s coming together and, baby, this is what America is about!“

“I want to thank you for all of the support you have given us over the last year and a half. You and the staff have been outstanding … the Philadelphia Sports Congress was always there to provide excellent guidance, help us gain great connections and encourage the community to get involved. We could not have been half as successful as we were without your support.”

“Philadelphia was an incredible host city for the Beyond Sport Summit and Awards and proved a perfect example of multi-stakeholder partnership. From the city to the sports teams and from public bodies to private companies, the entire community embraced the role that sport can play in social change — both within Philadelphia and across the globe.”

“The FIE Congress is over, but the splendid memories will linger forever for all those who were fortunate enough to be part of the events that took place in Philadelphia last weekend. Reactions, in every language, were universally beyond positive. The Philadelphia Sports Congress set the standard for those to come … it could not have happened without everything that you and your colleagues did to bring it all to pass.”

“I want to thank the Philadelphia Sports Congress for allowing Drexel this ‘Olympic Opportunity’… it was truly a great experience for all involved.“

“I can’t really explain what all happened in Philly on the Delaware River last week. I think it was the greatest fishing event I have ever attended and that could include [Bassmaster] Classics as well. It really was because of the people from that area and I guess you just had to be there. Sure glad I got to experience it, and thank you Philadelphia.“

“Thank you so very much for your continued partnership and leadership on NCAA Championships in Philadelphia.“

“Take a bow, PHI. Tremendous NHL draft weekend. Crowd/atmosphere/emergy for 1st rd was best I can remember. Been at every draft since 19822.”