Philadelphia in the Movies 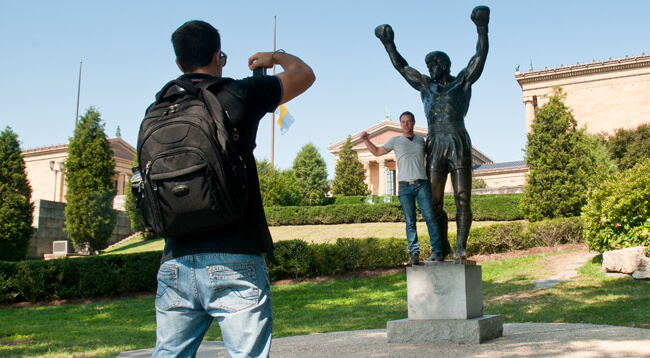 Taking a pic with the Rocky Statue is a tradition every Philadelphia visitor needs to take part in.

Philadelphia has starred in numerous blockbuster movies, showcasing the city’s iconic sights. Due in large part to its diversity of landscape, architecture, neighborhoods and population, the City of Brotherly Love has solidified its place as a major filmmaking hub in the United States. Discover Philadelphia’s innovative spirit through the movies.