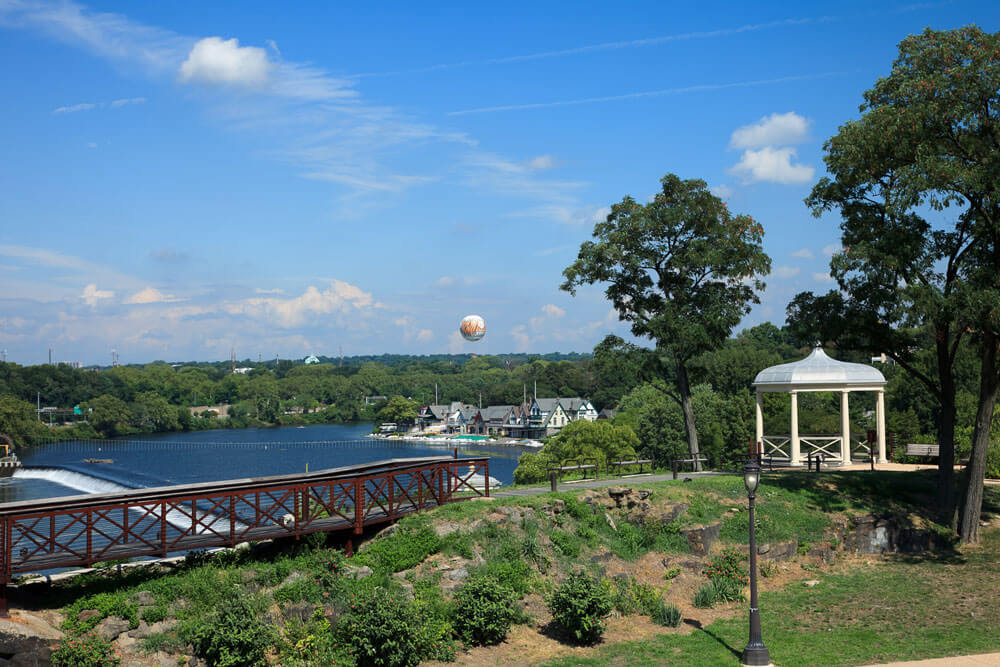 A picnic at Fairmount Park with a view of the Schuylkill River, Boathouse Row and the Philadelphia Zoo in the background is one-of-a-kind.

We’ve broken down some top spots around the city guaranteed to give you the best lay of the land. Day or night, a perch at one of these stops is sure to take your breath away.