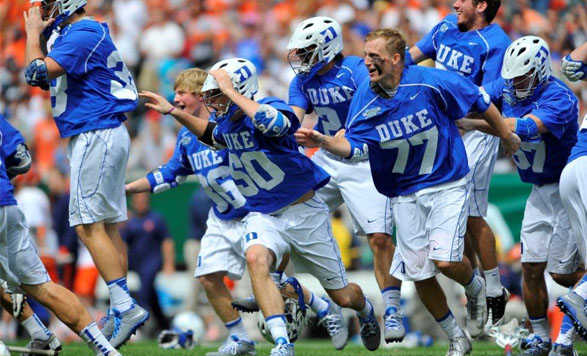 Philadelphia Selected as Host City for Five NCAA Championships Through 2017

Philadelphia and the NCAA have a storied history, including 14 NCAA Championships in the City of Brotherly Love since 2000. The tradition now continues with the December announcement that Philadelphia will host five additional Championships over the next three years.

Philadelphia will host the 2015 and 2016 Men’s Lacrosse Championships at Lincoln Financial Field with partner Drexel University. “We are proud to be hosting the 2015 and 2016 NCAA Men’s Lacrosse Championships at Lincoln Financial Field,” said Eagles President Don Smolenski. “We’ve had the pleasure of hosting this event three times… and are looking forward to working with our partners at the NCAA, Drexel and the Sports Congress.”

Women’s Lacrosse will also return to Philadelphia in 2015 and 2016 at PPL Park, hosted by Saint Joseph’s University. In addition, the Men’s College Cup will return in 2017 to PPL Park with Global Spectrum and Villanova University.

“We are consistently a top choice for premier sporting events. Welcoming NCAA Championships back to Philadelphia for the next several years will only enhance our reputation as a world-class sports city,” said Mayor Michael Nutter.