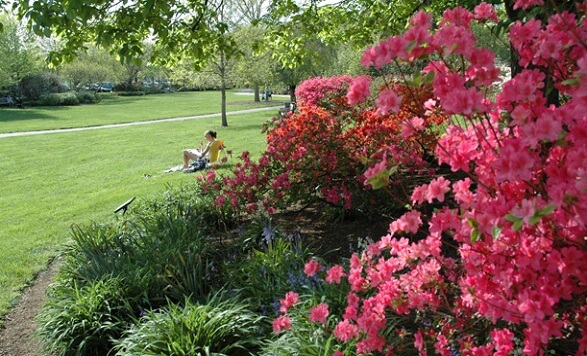 When William Penn first drew up the plans for Philadelphia, he envisioned a “Greene Country Towne,” with five city squares anchoring the City’s neighborhoods. His legacy is still visible today as visitors stroll through Washington Square, picnic at Rittenhouse Square or enjoy Philadelphia’s many other pocket parks and urban oases. In fact, with the largest city-owned urban park system in the world, Philadelphia is the greenest city in America – see for yourself by exploring some of our most beloved parks.