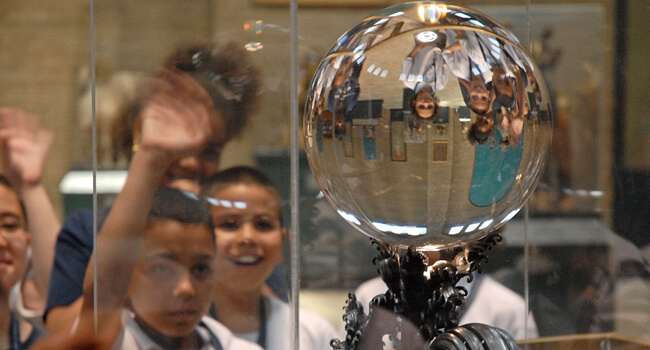 As Ben Franklin said, “Genius without education is like silver in the mine.”


Start with a guided tour of Independence National Historical Park — America’s most historic square mile, where the Declaration of Independence were drafted and debated, and where the nation’s first executive mansion stood. Before you leave be sure to snap a picture of the Liberty Bell, a globally recognized symbol of freedom.

Once your group has worked up an appetite head over to Franklin Square. Located in one of William Penn’s original parks as part of his effort to create a “green country town,” Franklin Square offers a student-friendly elective in the heart of the historic district. Grab lunch at Square Burger — a tasty lunch spot by famed restaurateur Steven Starr and enjoy the  Philadelphia Park Liberty Carousel, an 18-hole miniature golf course, sand sculpturesand storytelling benches.


Board the River Link Ferry from Penn’s Landing and cross the Delaware River to New Jersey to visit Adventure Aquarium. Consider a 4D movie as the Aquarium provides an immersive movie experience combining unique special effects and 3D projection, but be sure to check out the hippos and the shark tunnel, where you might be able to see a hammerhead shark.

Back in Philadelphia, take the ultimate taste test and sample a classic cheesesteak from Philadelphia’s two most famous cheesesteak purveyors at 9th and Passyunk streets.

Independence After Hours takes your group on an evening walking tour led by Colonial characters bringing history to life right in the place where it happened. The tour begins with a three-course meal at historic City Tavern, where Colonial townspeople entertain. The Colonial host then “sneaks” you back to the Pennsylvania State House (Independence Hall) where your entire group will witness several Founding Fathers deep in discussion over the creation of the Declaration of Independence. Keep your eyes out for the night watchman!


The day begins with a museum tour that takes you through the giant model of a human heart at The Franklin Institute and a short walk over to the dinosaur exhibit at The Academy of Natural Sciences. After that, you can re-enact Rocky’s triumphant run up the Philadelphia Museum of Art steps.

Stop at the Comcast Center, the tallest building in Philadelphia and the tallest LEED (Leadership in Energy and Environmental Design)-certified building in the United States. Watch the lobby walls come to life with high-definition video on the world’s largest TV, and then enjoy lunch at The Market, the food court on the lower level.

Visit the National Liberty Museum, dedicated to world heroes and their struggle to protect and preserve freedom.

And consider setting aside some time to visit the 150-year-old Philadelphia Zoo, America’s first zoo. See more than 1,300 rare and endangered animals from around the world, take a ride on the Amazon Rainforest Carousel and soar to new heights with the Channel 6 Zooballoon.