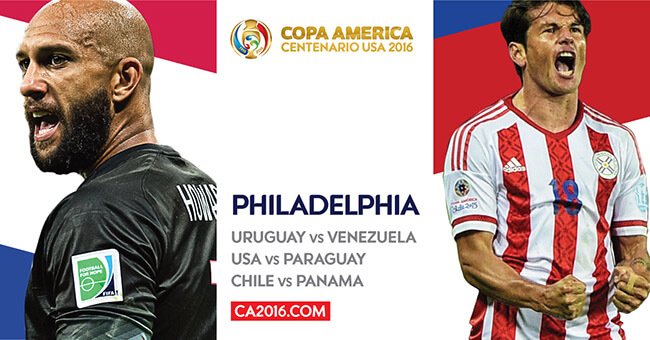 Lincoln Financial Field will host three first round match-ups in six days during the historic 2016 Copa America Centenario, including the United States vs. Paraguay on Saturday, June 11. The stadium will also host Uruguay vs. Venezuela on Thursday, June 9, and Chile vs. Panama on Tuesday, June 14.

All told, the event will feature a number of the world’s best teams and players competing from June 3-26 in 10 cities across the United States. Staged outside of South America for the first time, the historic tournament will welcome 16 nations, including Brazil, Argentina, Mexico, Colombia and other traditional powers. To learn more, click here.

It was also recently announced that the South Jersey’s own Carli Lloyd and the U.S. Women’s National Team will return to Philadelphia and Talen Energy Stadium on Sunday, April 10, to face Colombia. It will be the team’s first visit since 2014 — and since last summer’s World Cup championship — for the U.S. team.