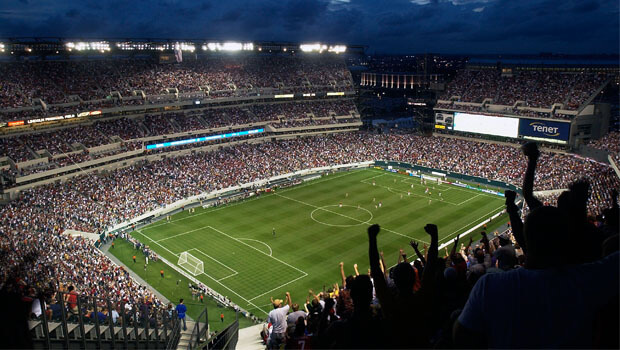 The Confederation of North, Central America and Caribbean Association Football (CONCACAF) has announced that the city of Philadelphia will host the Gold Cup Finals on Sunday, July 26, 2015.

Also, for the first time since the 2003 edition, the Gold Cup will feature a Third-Place Match, to be played on July 25 at PPL Park, making the Gold Cup finals weekend in Philadelphia a celebration of the sport. CONCACAF President Jeffrey Webb said, “We are anticipating an exceptional Gold Cup in 2015, with a grand finale weekend to be played right here in Philadelphia, a city with a special affinity for the world’s game.”

Taking place every two years, the Gold Cup has established itself as the region’s most popular national team tournament. Featuring the Confederation’s best players from 12 top nations, the competition routinely draws capacity crowds and millions of television viewers around the world. As Mayor Michael A. Nutter stated, “We are thrilled to be the host city for the 2015 CONCACAF Gold Cup weekend and are looking forward to showcasing the world’s most popular sport in our world-class city.”

“Events like these are about venues and partnerships,” said Larry Needle, executive director of the Philadelphia Sports Congress, a division of the Philadelphia Convention & Visitors Bureau. “We’re incredibly lucky as a city to have world-class partners like the Eagles and Union and their superb venues – Lincoln Financial Field and PPL Park. We can’t wait to help in rolling out the red carpet for CONCACAF this summer.”