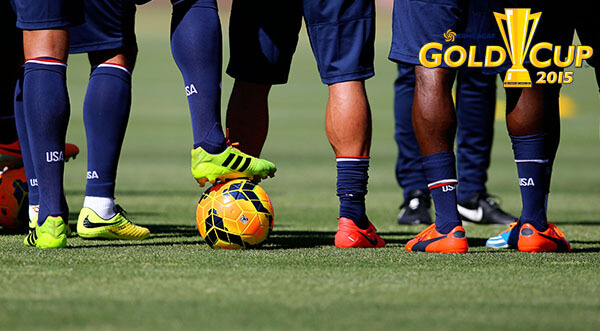 The Confederation of North, Central America and Caribbean Association Football (CONCACAF) has announced the 2015 CONCACAF Gold Cup groups and match schedule and awarding the 2015 Gold Cup Final to the city of Philadelphia and Lincoln Financial Field. The match will be played at 7:30 p.m. on Sunday, July 26.

For the first time since 2003, the Gold Cup also will feature a Third-Place Match, which will be played July 25 at PPL Park, making the Gold Cup finals weekend in Philadelphia a celebration of the sport.

Tickets to all Gold Cup matches will be available to the general public starting on Thursday, March 19, at 10 a.m. (local time in all markets) by visiting GoldCup.org.

Other games in the tournament will be played throughout the United States from July 7 through 26.

Taking place every two years, the Gold Cup is the official national team championship of the region. It routinely drawing capacity crowds and millions of viewers. Featuring the best players from the confederation, the tournament includes the region’s current top 12 national teams.

The 2015 Gold Cup returns to Lincoln Financial Field for the first time since 2009, when the venue hosted a quarterfinal doubleheader featuring Canada, Honduras, United States and Panama in front of 32,000 fans.

Since the stadium’s inception in 2003, Lincoln Financial Field has hosted 19 national and international soccer matches, including most recently a friendly between A.S. Roma and Inter Milan in August. The first sporting event at Lincoln Financial Field was a match between Manchester United and FC Barcelona on Aug. 3, 2003, in front of a crowd of 68,936.