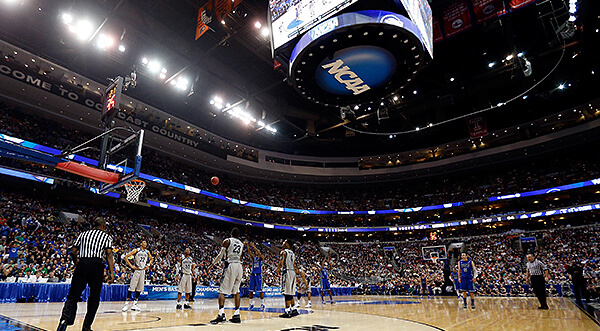 Philadelphia has a storied history with the Men’s Basketball Tournament, having hosted the event 27 times since 1939, most recently when Temple University hosted the 2nd & 3rd Rounds at the Wells Fargo Center in 2013. The event is estimated to generate approximately 5,000 hotel room nights and $10M in economic impact for the city.

All told, this will mark the 23rd NCAA Championship to be played in Philadelphia since the year 2000. Other upcoming events include the 2015 & 2016 NCAA Men’s and Women’s Lacrosse Championships (at Lincoln Financial Field and PPL Park, respectively), and the 2017 NCAA Men’s College Cup (soccer) at PPL Park.