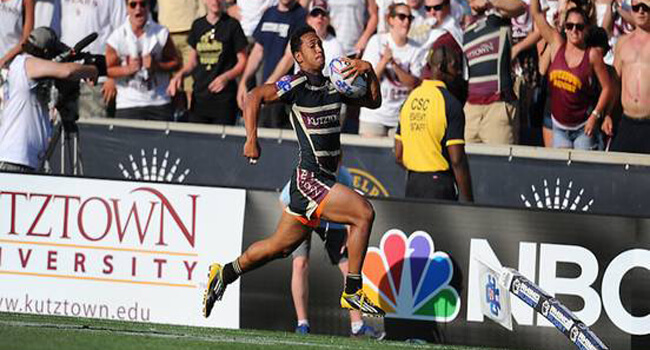 The University of California’s 17-12 come-from-behind overtime thriller over Kutztown University gave the Golden Bears their third consecutive Penn Mutual Collegiate Rugby Championship title and put a cap on a landmark weekend for the event at PPL Park in Chester.

A record setting two-day crowd of 24,952 was on hand for the two days of rugby, a 22 percent jump from the previous record set in 2014. NBC and NBC Sports Network carried several hours of live programming from the event.

Adding to the weekend, more than 200 young football and rugby players participated in the first-ever “Rhino Smart Tackling” clinic, which included a number of former NFL players.

To read more on the Rugby Championships, click here.