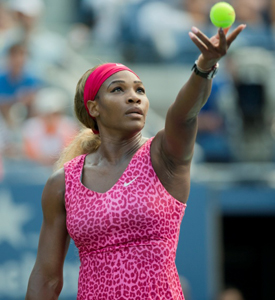 Another great Philadelphia summer tradition is around the corner. Year in and year out, the Philadelphia Freedoms bring the best tennis players in the world to our region, including Serena Williams on July 20. The Freedoms season runs from July 12-28.

The first home match will take place on July 16 at the Villanova Pavilion against the Boston Lobsters. Genie Bouchard, the Bryan Brothers and others also will come to town during July.

This year marks the 40th season of World Team Tennis, as well as the 40th anniversary of Elton John’s release of “Philadelphia Freedom,” which he originally wrote for Billie Jean King and the Freedoms team in the mid-’70s.